June 10 – The Moon and Planets 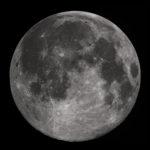 June 10 – The Moon and Planets

Mars is one of the four terrestrial planets, which also includes Mercury, Venus, and Earth, and are so-called because they have similar characteristics such as being small, rocky and slowly rotating.  In contrast, Jupiter and Saturn are called gas giants, meaning they’re mostly comprised of hydrogen and helium.  However, don’t be tricked into thinking you could fly through them like the air we breathe!  Gravity is at work, and as you descend below the beautiful clouds of Jupiter and Saturn, gravity compresses the gases to the point where they turn into liquids, further towards the center they become metals, and at the core – well, we really don’t know what exists at the core because we don’t understand the properties of materials at such high temperature and pressure.

No images were taken this evening.