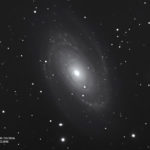 Please note that this event is held “weather permitting”, and is cancelled if it is raining or excessively windy; announcement of a cancellation will be posted both on this page as well as facebook.com/sdbhas.  Please arrive well before the presentation is to begin so car lights do not damage night vision.